This is the end

Here we are, my PlayStation 3 is officially dead. 2 weeks ago, I decided to put it back in the case. Because until that fatal moment, it was looking like that: 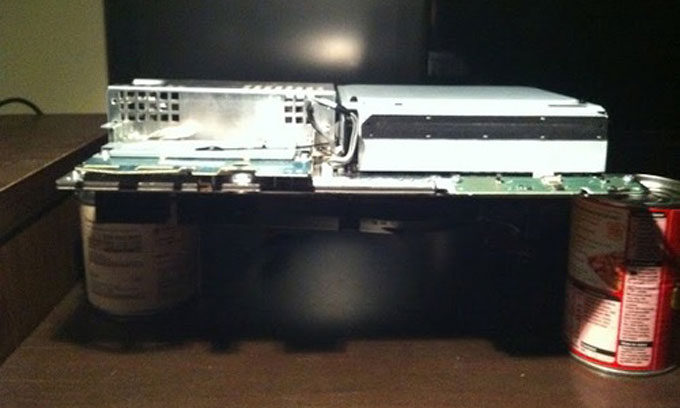 Yes, this is a PS3, without case, and standing on cans of food. But it was working perfectly for months. And because I was moving, and the PlayStation was working well, I put it back in the case.

10 minutes of GTA later: freezing, controller disconnection, ultimate freeze, automatic reboot, ‘bip bip bip’ of the dead. YLOD is back. This my GTA stuck in it. I had to dismantle the console again.

It make me realised the biggest problem was the airing. Or it was a pure bad luck. I decided to not repair it again, because to keep it alive I would have to use without case, which I find pretty dangerous.

« GitHub is, before all, a company Happyness is as simple as a git:merge »
post index