For my last post I did something I wanted to do in ages: stop motion. But I had nothing to hold my camera in the air and take pictures of my desk. This problem always blocked me to go further. Then I remembered about these old arcade games which are using a mirror inside: “Oh! There’s something to try”. It ended with the following set up. 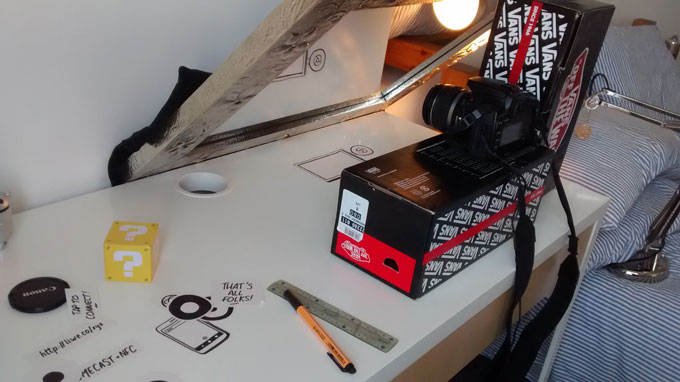 A big mirror, hold by a Vans box and covered with a T-Shirt to not damage the wall. Then another box to put the camera a bit up. A bit of light, and we are good to go.

It’s not really complex, and I’m quite happy of the result for a first try. There’s some things I’ve learn and some I will do differently next time.

There will be another attempt, for sure.